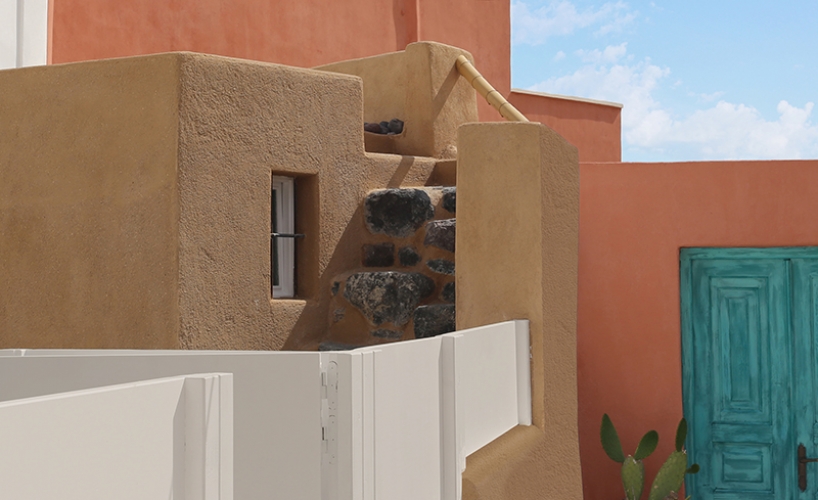 The project is located in the settlement of Vothonas, a characteristic settlement on the island of Santorini with lots of cavehouses built on river banks. The project consists of two renovated cavehouses that have separate entrances from a common yard. Uses of the spaces were, for the most part, preserved as they were. The living areas are at the front side of the house and the bedrooms are at the back. The two rooms are divided by a wall which is a replication of the façade. It has the same openings, allowing the back bedroom to be indirectly illuminated and ventilated through the front. It is a typical artifice in vernacular Cycladic architecture which helps to preserve the same temperature throughout the year. The walls and built-in furniture are covered in white pozzolanic material to create a pure and clean atmosphere. The smooth edges and organic forms of the interior spaces, along with the whitewashed materials, create a continuous form that reflects the natural light and unifies the different shapes.